So there I was, becoming despondent, when suddenly, a flash of inspiration descended upon me!

I remembered my wife telling me once that the first thing she noticed about me was my shoes, and it was only later that she noticed my good looks, effusive charm, sophisticated sense of humour, and property portfolio.

It all began with my shoes!

If it worked once, it could work again!

I found a photo of me looking typically dashing, but taken from an angle that highlighted my shoes. I uploaded it to my profile, sat back, and waited.

And sure enough, it had an effect. From nothing at all, I went to about one match every couple of weeks. An improvement, sure, but not enough to guarantee.……satisfaction. Maybe I shouldn’t have used a wedding photo.

Anyway, after a month or so, I had what can only be considered a stroke of genius – why not zoom in, so to speak. And I changed my profile pic once again, to this: 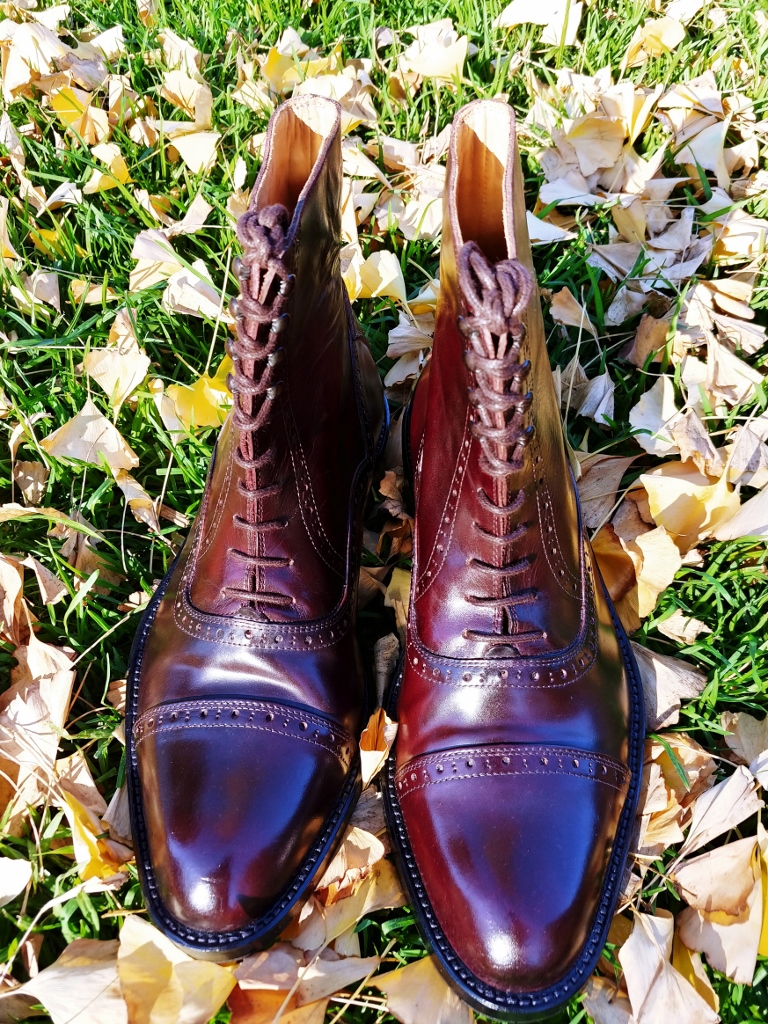 The matches came flooding in! One after another, day after day! There were so many, I didn’t have time to deal with them all.

But I have to tell you about this one:

Mid-afternoon, a notification appeared on my phone. I opened the app, and checked the profile of my new…..friend.

“I was going to say more or less the same thing to you.”​

“Tell me about them.”

“I was going to say more or less the same thing to you.”​

“Hold your horses! Unfortunately, I can’t wear them.
In fact, soon, they won’t be mine to wear.”​

“Why’s that?” she demanded to know. I could sense a certain…..frustration.

“How so? You said you had them made-to-order.”

“That’s correct, I did. I chose everything. The last, the leathers, the design.”​

“When I was taking the measurements, I overcompensated.”​

There was a pause in our banter. Eventually, she continued:

“What are you going to do with them?”

“Well, they’ve just been sitting in their hand-made tartan bags,
next to their matching belt,
inside their heirloom-quality wooden storage box.
I take them out and admire them occasionally.
Once, I unselfishly took them outside to the Botanical Gardens
so that other people could marvel at them.
But I guess they’ll just stay under the bed,
appreciating in value.”​


“I’ve got an idea. There’s a group of sophisticated gents
whose common interest is fine menswear.
It’s called Style Forum or something.
Get in touch with them. There’s bound to be someone
with sufficient class and taste who’ll beg to take them off your hands.”

“One more thing,” she went on.

“For you, Scarlett, anything.”​

And she’s ghosted me since.

So, gentlemen, if you’d like to know more about Scarlett (I think her surname’s Johns or Johannes or something like that).

OK, gotta go. I just got another match. I tell you these boots are amazing!

Get in touch. First with me. Then with your solemate.